From would-be pastor to 'fighting cock', South Korean president Yoon carves own route to the top 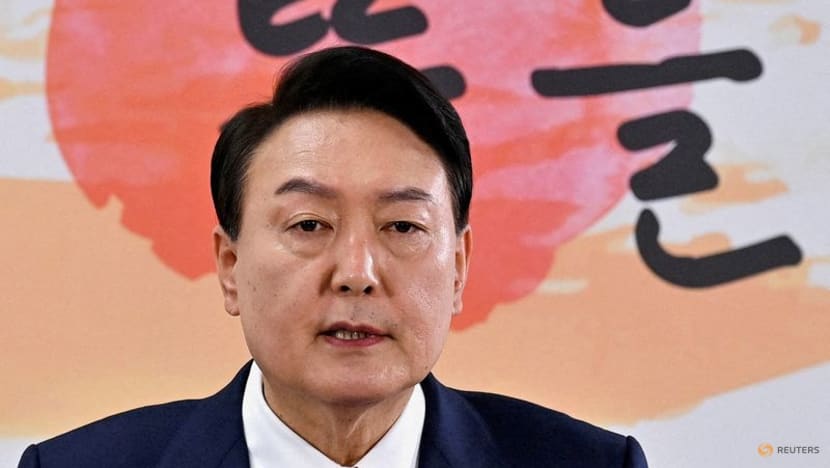 Yoon Suk-yeol seals his surge to the summit of South Korean politics on Tuesday (May 10) when the man who once dreamt of becoming a pastor, but was nicknamed the "fighting cock" for his tenacity as a prosecutor, is sworn in as president.

Elected in March, the 61-year-old former prosecutor-general only formally entered the cut and thrust of Korean politics when he declared his run for the presidency last June. That came after he was courted by the conservative bloc for showcasing his uncompromising nature by filing bribery charges against a key aide to outgoing President Moon Jae-in - the man who hired him.

Described by colleagues as both feisty and gregarious, Yoon ran on a ticket to fight corruption and create a more level economic playing field, while seeking a tougher line on North Korea. His appointment to prosecutor-general in 2019 came after more than two decades in the legal service, jailing many across the national political spectrum for corruption.

Born in 1960 in Seoul, Yoon graduated from a mission elementary school, where he has said he harboured ambitions to be a pastor, before deciding to study law on the advice of his father, a renowned economic professor. But Yoon was late to the prosecutors' office, passing the bar exam only on his ninth attempt in 1991.

Yoon likes people and socialising over drinks, and still maintains long-standing links with friends who now occupy key government and corporate posts, aides told Reuters.
He values trust among his staff, and had scrapped a plan to send a group of envoys to Washington after a media leak, reviving it only after North Korea broke a moratorium on long-range missile testing in March, two people who worked with his team said. The people declined to be identified because of diplomatic sensitivity.